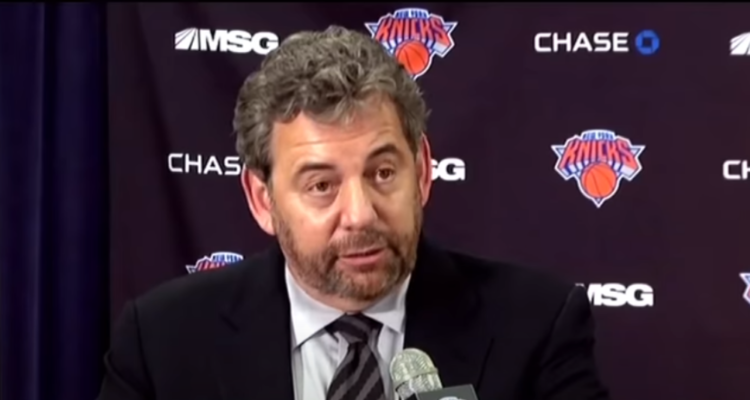 A Girl Scout chaperone found herself getting kicked out of a trip to see the famous Radio City Christmas Spectacular after being identified by the venue’s facial recognition system for the most unnerving reason.

Kelly Conlon, a New Jersey-based lawyer who was taking her daughter and her Girls Scout troop to see the Radio City Rockettes, was on the no-entry list thanks to her job of all things.

“They said my firm was on the attorney exclusion list and escorted me out,” Conlon said in an interview with the New York Post.

“I was caught off-guard, I just complied with what they asked me to do and I left my daughter inside the venue with her troops,” Conlon continued. “I had driven multiple people in my car so I couldn’t leave to go home.”

Conlon said she had to spend the entire show outside the venue in the pouring rain after being rejected, despite already having been issued a ticket prior to being identified and removed.

The ‘Big Brother’ figure looming over her in this situation was none other than Madison Square Garden CEO James Dolan, who also owns the Knicks, Rangers, Radio City, MSG and numerous restaurants. Dolan is notorious for banning individuals who work for any law firm who has sued against any of his business holdings.

While Conlon does not practice law in New York nor is involved in any active cases against MSG Entertainment, she and others at her firm are banned regardless since her New Jersey-based law firm Davis, Saperstein and Salomon is currently involved in a personal injury suits against one of Dolan’s restaurants.

RELATED: Kanye West’s Music Banned From Being Played At Peloton Classes As His Canceling Continues

Conlon noted how fast she was removed from the venue after briefly showing her ticket, almost making it inside.

“I heard them say, ‘Woman with long dark hair and gray scarf.’ I kept walking because no one stopped me,” she said.

Ironically this software wasn’t hidden behind smoke and mirrors from those in attendance, it turns our there is a sign inside of Radio City that informs guest that the system uses “biometric identifier information” as a security precaution.

“MSG instituted a straightforward policy that precludes attorneys from firms pursuing active litigation against the company from attending events at our venues until that litigation has been resolved,” said a spokesperson for MSGE in a statement provided to the New York Post.

“While we understand this policy is disappointing to some, we cannot ignore the fact that litigation creates an inherently adversarial environment,” the statement continued. “All impacted attorneys were notified of the policy, including Davis, Saperstein & Salomon, which was notified twice. In this particular situation, only the one attorney who chose to attend despite being notified in advance that she would be denied entry, was not permitted to enter, and the rest of her group— including the Girls Scouts — were all able to attend and enjoy the show.”

What’s your take on the whole situation? Do you think it is fair or excessive? Let us know in the comments.