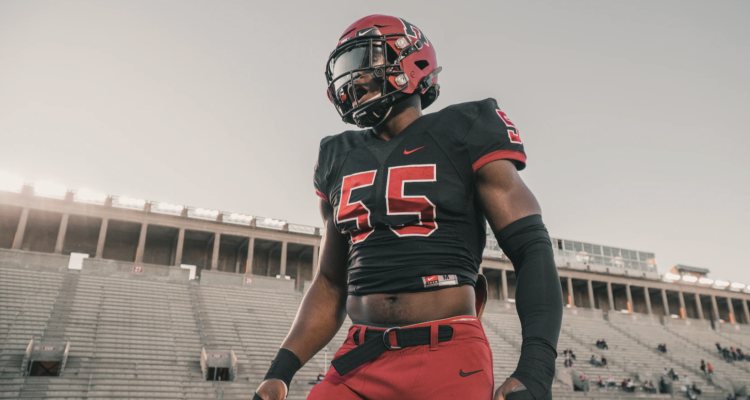 Photo by Connor Coyne, free to use under the Unsplash License

According to an essay published at Scientific American, football injuries are now racist. Who is making this ‘profound’ claim? Meet assistant professor Tracie Canada of Duke University, who is claiming that “violence” in football “disproportionately affects Black men.”

Canada, who is an assistant professor of cultural anthropology, published a piece at the magazine titled “Damar Hamlin’s Collapse Highlights the Violence Black Men Experience in Football,” essentially claiming that the heart attack the Bills’ safety received was less the result of just a random occurrence, and in fact caused deliberately by racism.

The assistant professor goes as far as to say that Hamlin’s heart attack was “horrific for both its regularity and its exceptionality.”

According to Canada, “The ordinariness of men running into each other full speed represents a normalized—even rationalized—violence that is routine to this American game.”

Just reading that alone let’s remember two basic things— this is a game and there are more than just black people who play football. This is essentially painting a picture that football fans are intentionally pitting black men against each other in involuntary gladiator matches, not football games played by people of all races where there are many lengths taken to prevent injuries, not to mention these athletes get paid a pretty penny as a result.

“While Black men are severely underrepresented in positions of power across football organizations, such as coaching and management, they are overrepresented on the gridiron,” Canada claimed. “Non-white players account for the 70 precent of the NFL; nearly half of all Division I college football players are Black.”

Canada continues on her track claiming that the NFL is essentially an inherently racist institution by referencing Billy Hawkins, a sociologist who claims that despite all strides in racial equity and equality in the United States, all black men are “never theoretically far from the plantation fields.”

She didn’t stop there, she also accused football team owners and stakeholders of treating “black bodies for their productive potential and physical prowess.”

Let’s stop here for a moment. What about the white players who are harmed on the field? Would Canada have cried “racism” if a latino player had collapsed on the field instead of Hamlin?

She continues, “The league encourages and facilitates rigorous training and disciplining so players can execute seemingly impossible corporeal demands, all in the service of entertainment, money-making, and insatiable fandom.”

It’s almost hard to argue with that sentence, since basically what she just described is the very concept of having a job.

The biggest annoyance in this article is that if there were actual numbers to show that Black players were disproportionally injured on the field, maybe, just maybe she’d have a legitimate case to make. She doesn’t though, and that’s not my opinion, she admits it herself.

Canada states in the piece she is honestly unaware of any research which shows and compares the “rate of injury between Black and white football players.” This willful ignorance doesn’t stop her from accusing the NFL of benefiting “both culturally and financially” from Black athletes.

Obviously, people who have an ounce of common sense saw this online and immediately buried Canada’s asinine thesis. One of those critics being former coach and NFL Hall of Famer Tony Dungy.