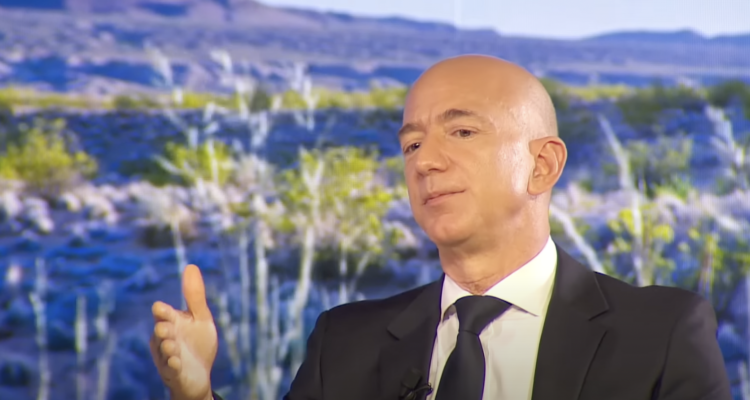 Is Jeff Bezos considering ditching The Washington Post to instead purchase the Washington Commanders? That’s the question which was raised by the New York Post after rumors were passed along from “anonymous insiders,” but according to spokesperson from The Washington Post, they’re nothing more than that.

According to a recent report from CNN, spokespeople representing the paper as well as Jeff Bezos, who has owned the The Washington Post since 2013, said there are no active discussions to sell the paper whatsoever.

On the other hand, this update does not water down the potential for Bezos to continue possibly buying the NFL team. Currently, Bezos, actor Matthew McConaughey, and rapper Jay-Z are in serious talks to offer a joint bid to purchase the Commanders.

“[I] grew up in Houston, Texas, and I played football growing up as a kid,” said Bezos. “It is my favorite sport, so we’ll just have to wait and see.”

RELATED: Pat McAfee Slams NFL For Restricting His Show’s Use Of Team Logos

While acquiring the Commanders seems like it would be a relative drop in the bucket for Bezos, it might not be as easy as simply writing a check. It is well known that current Commanders owner Dan Snyder openly dislikes the The Washington Post, well, “dislike” might actually be an understatement.

Snyder has, as Warner Huston at Breitbart puts it, “accused the Post of purposefully targeting him and giving the many investigations into his conduct a lot of ink.”

So the question remains, would Bezos sell his personal propaganda machine just to acquire a football team only to be a joint partner as a way of showing good will to Dan Snyder of all people? It doesn’t appear so.

What do you think? Do you think there are secret talks behind the scenes and that the rumors hold water? Let us know in the comments below.