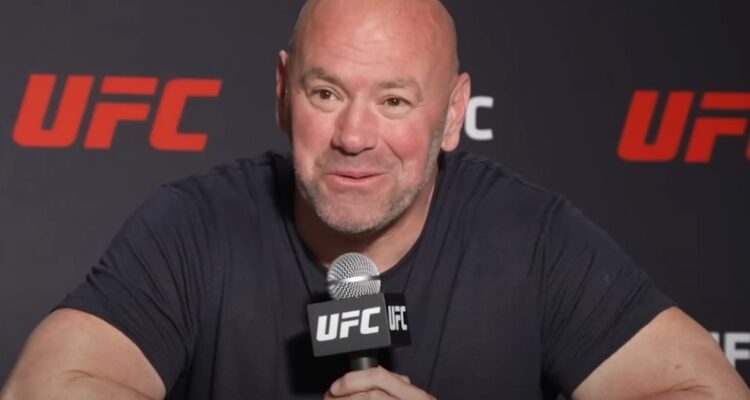 “It’s madness, man. The whole world is crazy right now,” White said at the post-event presser. “I don’t know what to think, and I don’t know enough about it, and I haven’t talked to him. I’ve only seen bits and pieces on the news, so I don’t know exactly what’s going on.”

White went on to question the FBI’s decision to target Trump.

“Without getting political, without getting into all this f***ing bulls**t,  there’s 10 other people’s houses that probably should’ve been raided (by the FBI) before his that haven’t happened. It’ll be interesting to see how this plays out,” he asserted.

White has considered Trump a close friend for over 20 years, dating back to the early days of the UFC. In fact, the first two UFC events with White at the helm took place at the Trump Taj Mahal in Atlantic City, New Jersey.

At that time, the UFC was struggling. Few people viewed MMA as a legitimate sport, making it hard to find venues willing to host their events.

White detailed this struggle while campaigning for Trump in 2016.

“In 2001, my partners and I bought the UFC and it was basically considered a blood sport. Arenas around the world refused to host our events. Nobody took us seriously; nobody except Donald Trump. Donald was the first guy that recognized the potential that we saw in the UFC and encouraged us to build our business.”

Trump’s support for the UFC continued into his presidency. When the UFC was one of the first sports to return to competition in 2020, Trump congratulated White and the organization. At UFC 249, the organization’s first post-Covid event, the UFC broadcasted a congratulatory message from Trump.

“I want to congratulate (UFC President) Dana White and the UFC,” Trump said. They’re going to have a big match. We love it. We think it’s important. Get the sports leagues back. Let’s play. You do the social distancing and whatever else you have to do. We need sports. We want our sports back. Congratulations to Dana White and UFC.”

What do you think of White’s comments about Trump?