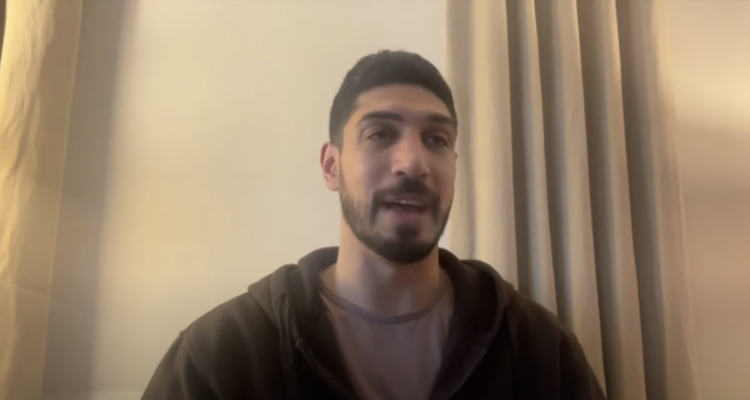 Enes Kanter Freedom Believes Criticisms Of China May Cost His Career: “If This Is The Sacrifice I Need To Make, I Am Ready To Live With It”

Former Boston Celtics center Enes Kanter Freedom recently admitted that, as of now, he has received no NBA offers as his free agency period gets close to ending. The reason, he believes, is due to his public and firm criticisms of the Chinese communist government and its influence on the NBA.

“Free agency is open for one month. Normally, I should have already received offers. This summer I did not receive one single offer. The reason is that I spoke out against what is happening in China in recent months. The Chinese market is a big part of the NBA business. So, they will allow talking freely about anything you want until it hurts them financially. As soon as you do that, they will cut you. It is very sad and unacceptable,” said Kanter in a recent interview.

Kanter is one of the very few active players in the league who has publicly criticized the NBA’s dealings with the Chinese government, having pointed out the nation’s horrendous human rights violations and other atrocities such as the one million Uighur Muslims held in concentration camps.

In the past, Kanter has called the NBA “one of the most evil radical organization[s]” and said that behind closed doors, the league has tried to pressure him into early retirement to prevent more of these moments from happening.

Despite his current situation however, the 30-year-old athlete has no regrets over the stance he has made, choosing his integrity over his career should no team offer him a contract for the next season.

“I knew there was a price to pay,” Kanter continued during his conversation with the press. “And I don’t regret my actions. These things are bigger than me, bigger than the NBA, and bigger than basketball. While I am playing in the USA, people are being killed all over the world or imprisoned or tortured in prisons. If this is the sacrifice I need to make, I am ready to live with it.”

Do you think Enes Kanter Freedom will eventually receive an offer or has his time in the NBA reached an end? Let us know in the comments.

Next: Former Boston Celtics Center Enes Kanter Freedom Calls The NBA “One Of The Most Evil Radical Organization”