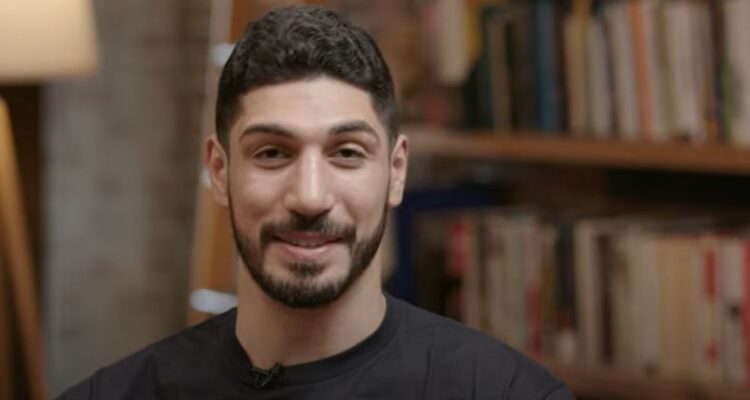 Enes Kanter Freedom: The United States Should Not Trade ‘The Merchant Of Death’ For Brittney Griner

Secretary of State Anthony Blinken at the end of July detailed that the Biden administration had put together a prisoner exchange package involving Griner and Whelan.

Bout was dubbed the ‘Merchant of Death’ in the third chapter of the 2005 book by Nick Kochan about Bout. A 2007 book by Stephen Braun and Douglas Farah wrote a book about Bout titled Merchant of Death: Money, Guns, Planes, and the Man Who Makes War Possible.

The name was also applied to Bout in the 2015 TV series Manhunt: Kill or Capture and in A&E Networks’ Spy Wars series in 2019.

Kanter Freedom shared his thoughts about the possible trade during a Fox News segment.

He said, “First of all, you know, she pleaded guilty and the sentence is harsh. And of course, like everyone else, I want her to return back home because I know how the Russian jails can get tough.”

“I know one thing that she misses: the national anthem, every word of the National Anthem in that Russian jails,” he added.

Griner infamously protested the playing of the National Anthem back in 2020. After leaving the court before the National Anthem was played during a WNBA game, she told media, “I honestly feel we should not play the national anthem during our season. I think we should take that much of a stand.”

She further detailed, “I’m going to protest regardless. I’m not going to be out there for the national anthem. If the league continues to want to play it, that’s fine. It will be all season long, I’ll not be out there. I feel like more are going to probably do the same thing. I can only speak for myself.”

While Kanter Freedom believes she might be missing the National Anthem, he also made it clear that the United States should not trade Viktor Bout in order to obtain Griner’s freedom.

He explained, “I’ve been following her case very closely and the one thing that I will say, we cannot be sending a ‘Merchant of Death.’ A person who is responsible for thousands of lives by selling illegal weapons in Africa, in Asia, and we cannot trade that horrible human being for her. It’s just not a fair trade.”

“We can exchange her for someone, you know, important, but we don’t give back someone who could actually harm US in the long run like a terrorist or a weapons smuggler. It’s just not a fair trade,” he asserted.

Griner plead guilty to drug possession and drug smuggling charges after she was arrested back in February. She told a Russian court, “I’d like to plead guilty, your honor. But there was no intent. I didn’t want to break the law.”

The Russian court would find her guilty of the charges and sentence her to 9 years in prison. Before her sentencing, Griner said, “I want to apologize to my teammates, my club, my fans and the city of (Yekaterinburg) for my mistake that I made and the embarrassment that I brought on them.”

What do you make of Enes Kanter Freedom’s comments? Do you think the United States should trade Viktor Bout for Brittney Griner and Paul Whelan?

NEXT: Russia Issues Warning To United States About “Public Diplomacy” After Brittney Griner Sentenced To 9 Years In Prison