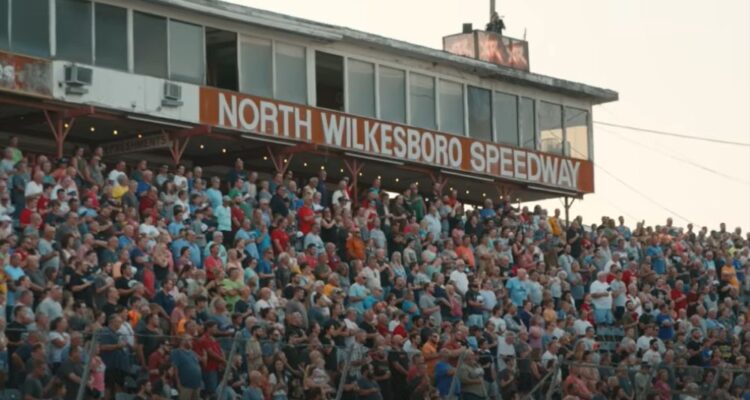 The North Wilkesboro Speedway in North Carolina was one of the original NASCAR tracks with its first NASCAR race taking place the same year NASCAR began all the way back in 1949. The track would continue to host races until its closure in 1996 following the final race that saw Jeff Gordon take home the checkered flag.

The track would be briefly reopened in 2010 hosting the USARacing Pro Cup Series, the PASS super late models and the ASA Late Model Series. However, it would sun shutter again in 2011. The track reopened this year after North Carolina Governor Roy Cooper designated $40 million be assigned to Charlotte Motor Speedway, Rockingham Speedway, and North Wilkesboro. $18 million of that went to North Wilkesboro according to NASCAR.com.

That $40 million led to the renovation of the track where it hosted a series of events this summer including a series of races featuring Tour Type Modifieds that saw NASCAR Cup veteran Ryan Newman win the first 50-lap feature. Matt “Big Money” Hirschman, who recently competed in the SRX series took home the victory in the second night of racing. Both races attracted almost 40 cars.

Following the Tour Type Modified races at the beginning of August, the CARS Late Model Stock Tour took to the track at the end of the month with Dale Earnhardt Jr. entering the race. Junior would end up finishing third, but his driver Carson Kvapil ended up taking home the victory.

RELATED: Daniel Suárez Promises Vengeance Against Christopher Bell After Contact At Darlington: “I Will Get Him Back”

Following the race, Junior was ecstatic and explained to Racing America how the track was saved, “This all started with me trying to get this place scanned. I was riding with [Speedway Motorsports President and CEO] Marcus (Smith) to Vegas very selfishly trying to get it scanned for myself just so I could race it on iRacing. I knew it would make a lot of other people happy, but I did it for me.”

He elaborated, “This whole thing here, I was doing it for me, and I just wanted to race a Late Model. I had been procrastinating forever about doing it and just needed a good kick in the ass. I thought, ‘okay if we put on a race at North Wilkesboro, there’s no way I wouldn’t do it,’ so I backed myself into a corner.”

“I knew everyone would enjoy it and have fun, but it was a little selfish agenda that drove all of it,” he asserted.

The event will take place between May 19th and 21. A full event schedule will be announced at a later date and tickets are expected to go on sale sometime in the Fall.

“I expect this to be a NASCAR All-Star week of activities,” he added.

NASCAR.com notes the track does need significant improvements as fans and competitors attending races in August “used portable toilets, and concessions were augmented with local vendors in food trucks and stands. The track is also without a working scoreboard and energy-absorbing SAFER barriers for the retaining walls, and the former press box facilities and restrooms were inaccessible.”

Earnhardt Jr. believes the track will be ready for when the All-Star arrives saying, “North Wilkesboro is going to remain historic, and it will remain authentic, but it will also be modern, and that will be a great thing to see.”

“So I’m excited to see the progress, all the things that will be happening there over the next couple of months,” he added. “The rebuilding and so forth is going to be a lot of fun to watch, and then to finally go there in May, just can’t get here fast enough.”

He also told the media, “I think the commitment from Marcus and the state is a great sign for the long-term future. I think that we were able to accomplish and put together something really incredible over the last month with the racing we’ve had there, but this is such a great sign that there’s going to be a real purpose for the track going forward and property.”

“And the community can celebrate that and they’ll have something that will be the pride of the community for years to come,” he continued. “Somewhere they can enjoy and celebrate with their families, experience a lot of great things including racing.”

Are you looking forward to NASCAR returning to North Wilkesboro for the All-Star Race in 2023?

NEXT: NASCAR Responds To Kevin Harvick Calling Them Out For “S****y Parts”