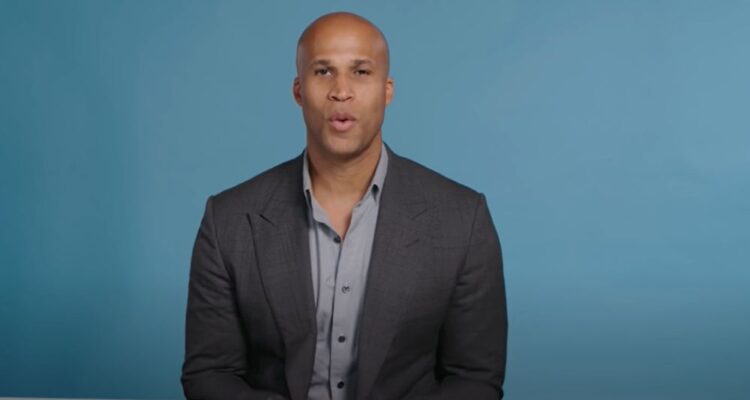 ESPN analyst and host Richard Jefferson, who played 17 seasons in the NBA, seven of them with the New Jersey Nets and won a championship in 2016 with the Cleveland Cavaliers, recently claimed he doesn’t have access to his own company’s streaming service, ESPN+.

During a segment showing highlights of the quarterfinal matchup between Solvenia and Poland during the EuroBasket 2022 tournament, Richardson questioned why the game was not been aired on ESPN.

Jefferson states, “They got to start airing this. I don’t know when it’s on, but the best players in the world. You’ve got Luka —.”

Wow, ESPN anchor admits on-air that he doesn’t have, or know where to find, ESPN plus.

By the way, all ESPN employees have access to it. He’s apparently never found anything on there appealing enough. Not surprising. pic.twitter.com/cUk1ikuBxb

He’s then interrupted by his co-host who tells him, “It’s on ESPN+.”

Jefferson replies, “Oh, I don’t have plus.” His co-host then informs him she will pay for his subscription to which he replies, “Thank you.”

Another person then chimes in saying, “You work here, come on.” Jefferson responds, “They’ve got to give it to me.”

Slovenia and Luka Doncic, the defending champions, were eliminated by Poland 90-87. Slovenia had a chance to tie the game with less than 9 seconds on the clock, but Klemen Prepelic missed a 3 point attempt. It was rebounded by Poland’s Mateusz Ponitka who then missed his own 3-point attempt from behind half court as the clock expired.

Poland plays France in the semi-finals on Friday at the Eurobasket Arena in Berlin, Germany. The other semi-final match sees Germany face off against Spain.

RELATED: After Update To CDC Guidelines, ESPN’s Sage Steele Demands Apology After She Was Allegedly Suppressed By The Disney-Owned Sports Network

An ESPN+ subscription costs $9.99 per month or $99.99 per year. The company touts that it’s different from ESPN because it gives subscribers access to “thousands of exclusive live events, original studio shows, and acclaimed series that aren’t on the ESPN networks.”

“ESPN+ also gives you access to exclusive fantasy sports tools and premium articles from some of the most respected voices in sports news and opinion,” they also tout.

Clearly these offerings have not enticed Jefferson to want to tune into ESPN+. It’s also kind of slimey that ESPN expects consumers to foot a hefty cable bill every month to get ESPN’s cable offerings and then if they want to get access to other sports the company has purchased the rights to such as EuroBasket 2022, they expect them to cough up another monthly or yearly payment.

What do you make of Jefferson throwing ESPN+ under the bus during an ESPN on-air segment?

NEXT: Former Oakland Raiders Head Coach Jon Gruden Says He Doesn’t Watch ESPN Because “I Don’t Believe Everything Is True”