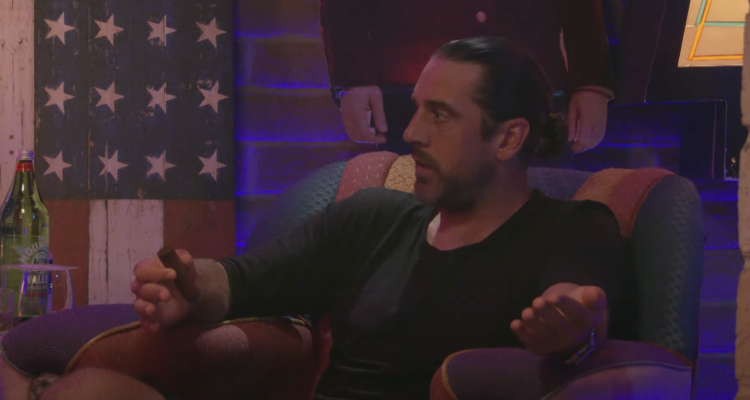 His current home might be the dairy state of Wisconsin, but California native Aaron Rodgers is not holding back his thoughts on the present state of his birthplace, going as far as to say current leaders are turning California into ‘sh*t.’

The Green Bay Packers QB recently sat down with comedian Bill Maher on his Club Random podcast to discuss this upcoming football season, and of course some politics as is Maher’s staple. When asked about his thoughts on the current state of California, which is continuing to deal with rolling blackouts, a skyrocketing homeless population, mass migration to states like Nevada, Texas, and Florida, as well as a slew of other problems, Rodgers put it bluntly.

“State’s going to sh*t, but I’m hanging on,” said Rodgers. He further elaborated specifically on how devastating the Covid lockdown policies were which were done at the order of Gov. Gavin Newsom.

“I grew up in a small town, very little cases up in Chico, California, but all the small businesses? F*ck*ing gone.”

Rodgers didn’t stop there, he continued to criticize recent laws passed by the state senate, including AB 2098 which is intended to severely punish medical professionals who the state accuses of “spreading misinformation” about covid. He’s concerned over whose definition of “misinformation” the government would follow, and who would be targeted.

“I think there’s a lot of people that believe that you should have your own decision-making on your own medical decisions,” Rodgers continued. “My thing is I have an issue with the hypocrisy in society in general and I know you do as well, but abortion has been a hot topic, right. And especially after Roe v. Wade got overturned and sent back to the states, or whatever. I don’t believe the government should have any control over what we do with our bodies.

“As much as I might lean more pro life, I don’t want the government to tell me I can’t smoke a cigar, I can’t have a drink of alcohol, I can’t choose my own medical decisions. And if I’m a women, don’t f**king tell me what to do. Like whether or not I agree with what you decide to do, who cares? And the government should not have a decision that infringes upon my own personal freedoms.”

Do you have any hope for California? Leave us your thoughts in the comments below and across social media.