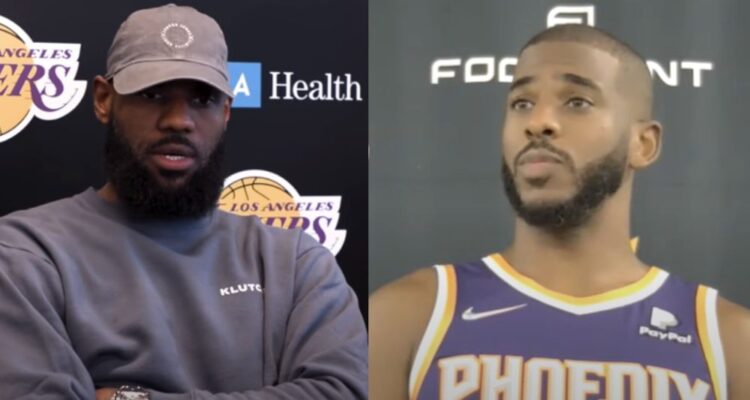 LeBron James and Chris Paul reacted to the NBA’s punishment of Phoenix Suns owner Robert Sarver with James claiming “the league definitely got this wrong.”

The NBA suspended Sarver from both the Suns and the WNBA’s Phoenix Mercury for an entire year, fined him $10 million, and are requiring he “complete a training program focused on respect and appropriate conduct in the workplace.”

The punishment was doled out following an independent investigation by the law firm Wachtell, Lipton, Rosen & Katz and led by the firm’s partners David Anders and Sarah Eddy. Their investigation covered an 18-year period and determined that Sarver “repeated the N-word when recounting the statements of others” on at least five occasions.

Finally, it also reported that he “engaged in demeaning and harsh treatment of employees, including by yelling and cursing at them.”

The Los Angeles Lakers forward reacted to the findings and the punishment via Twitter writing, “Read through the Sarver stories a few times now. I gotta be honest…Our league definitely got this wrong.”

He continued, “I don’t need to explain why. Y’all read the stories and decide for yourself. I said it before and I’m gonna say it again, there is no place in this league for that kind of behavior.”

James then asserted, “I love this league and I deeply respect our leadership. But this isn’t right. There is no place for misogyny, sexism, and racism in any work place.”

“Don’t matter if you own the team or play for the team. We hold our league up as an example of our values and this aint it,” he concluded.

Chris Paul, who plays for the Suns, also shared his thoughts on Twitter.

He wrote, “Like many others, I reviewed the report. I was and am horrified and disappointed by what I read. This conduct especially towards women is unacceptable and must never be repeated.”

“I am of the view that the sanctions fell short in truly addressing what we can all agree was atrocious behavior. My heart goes out to all of the people that were affected,” he asserted.

What do you make of James and Paul’s reactions?