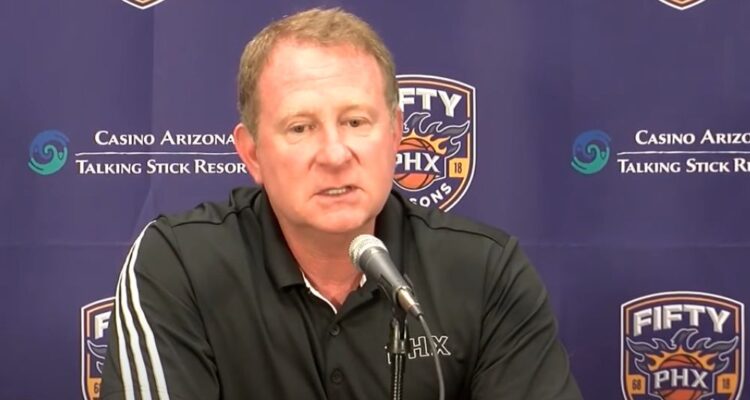 In a press release the NBA noted the key findings of the investigation conducted by the law firm Wachtell, Lipton, Rosen & Katz found, “Mr. Sarver, on at least five occasions during his tenure with the Suns/Mercury organization, repeated the N-word when recounting the statements of others, Mr. Sarver engaged in instances of inequitable conduct toward female employees, made many sex-related comments in the workplace, made inappropriate comments about the physical appearance of female employees and other women, and on several occasions engaged in inappropriate physical conduct toward male employees, [and] Mr. Sarver engaged in demeaning and harsh treatment of employees, including by yelling and cursing at them.”

The report specifically found, “Sarver said the N-word in repeating or purporting to repeat a Black person on at least five occasions during his tenure, including after being advised not to do so; treated female employees in ways that violated applicable standards; made crude or sex-related comments in group workplace settings and on many occasions with individual employees; engaged in inappropriate physical conduct toward male employees on four occasions; and treated employees in demeaning and harsh ways, including by bullying.”

The report does note Sarver only recalled saying the N-word twice. The first time “in connection with the 2012 or 2013 team-building exercise.” He also “acknowledged using the N-word (written with an “a” at the end) in an October 2016 email to the League.”

The report posits the 2016 email to the league came about after a Golden State Warriors player used the N-word during the October 30, 2016 game and did not receive a technical foul for doing so. Sarver allegedly burst into a coach’s office following the game and questioned the coach on why the player was allowed to say the word.

The report also notes, “Sarver sent a contemporaneous email to the League office complaining about the officiating during the game, in which (among several examples of on-court actions that he
contended were incorrectly officiated) he purported to quote the Warriors player as saying the N-word spelled out with an ‘a’ at the end.”

However, the report does assert, “The investigation makes no finding that Sarver used this racially insensitive language with the intent to demean or denigrate.”

As far as the examples of inequitable conduct, the reports claims he “screamed at” a female employee after viewing a video she made for a an executive who was leaving the organization. After allegedly yelling at this woman, he had a meeting with her a week later and questioned, “Why can’t we get along? What’s wrong with you?” The female employee allegedly broke into tears and then Sarver asked, “Why do all the women around here cry so much?”

The report notes Sarver claimed the lunch was arranged “to facilitate networking between the entities—something he said he had done previously when making introductions between executives of the various organizations he oversees.”

The report also found “that Sarver made numerous sex-related comments in the workplace.”

These include “a story at a business meeting in 2021 about how he learned what a ‘blow job’ was when he was a child,” “a comment at an all-employee meeting, between roughly 2010 and 2011, about the use of a certain type of condom,” and “a comment to a female employee about his genitalia.”

It also included the circulation of a photograph of his wife in a Suns-logoed bikini while discussing a marketing opportunity regarding licensed swimwear as well as “documents in which Sarver forwarded to a small number of male Suns leaders joking pornographic material and crude emails, including emails containing photos of a nude woman and a video of two people having sex.”

Given the findings of the report, the NBA “fined Sarver $10 million, the maximum permitted by the NBA Constitution & By-Laws.”

On top of the fine he has been suspended for one year from both the Suns and Mercury. During this one year period he is not allowed to “be present at any NBA or WNBA team facility, including any office, arena or practice facility.”

He’s also not allowed to attend any games, events, activities, practices, or business partner activities. He cannot represent the Suns or Mercury in public or in private. He’s not allowed any kind of businesses involvement with both teams. And finally, he can not “have any involvement in the business, governance, or activities of either the NBA or WNBA, including attending or participating in meetings of either league’s Board (and their associated Board committees).

The NBA is also requiring the Suns and the Mercury to improve their workplace.

NBA Commissioner Adam Silver said in a statement, “The statements and conduct described in the findings of the independent investigation are troubling and disappointing.”

“We believe the outcome is the right one, taking into account all the facts, circumstances and context brought to light by the comprehensive investigation of this 18-year period and our commitment to upholding proper stands in NBA workplaces,” he continued.

Silver then added, “I am hopeful that the NBA community will use this opportunity to reflect on what this great game means to people everywhere and the values of equality, respect and inclusion that it strives to represent. Regardless of position, power or intent, we all need to recognize the corrosive and hurtful impact of racially insensitive and demeaning language and behavior.”

“On behalf of the entire NBA, I apologize to all those impacted by the misconduct in the investigator’s report. We must do better,” he concluded.

What do you make of the findings regarding Sarver and the NBA’s punishment?

NEXT: NBA Champion Stephen Curry Says President Donald Trump “Has A Tone Of Divisiveness That Doesn’t Have A Place In Our Country”