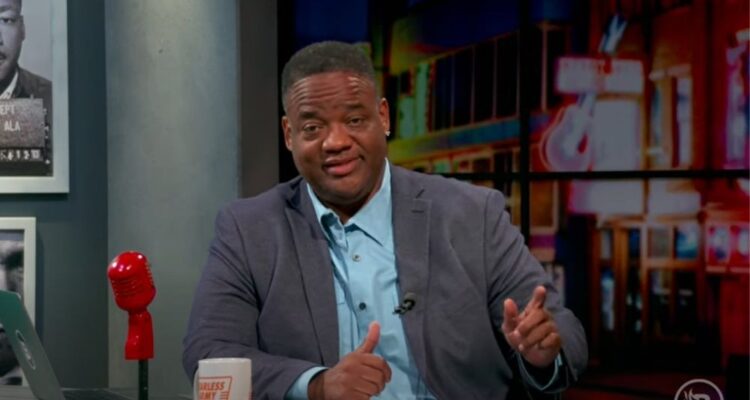 The host of “Fearless with Jason Whitlock” Jason Whitlock recently explained on his show why Aaron Judge’s record breaking 62nd home run moment was ruined and why its a data point in how much American culture has been destroyed.

Judge hit his record breaking 62nd home run against the Texas Rangers back on October 4th.

RELATED: Fan Who Caught Aaron Judge’s 62nd Home Run Ball Unsure What He Will Do With It, Judge Says He’d Like It Back

The home run broke the American League single season record set by Roger Maris back in 1961. It also moved Judge into 7th all time behind Barry Bonds, Mark McGwire, and Sammy Sosa. Both Bonds and McGwire admitted to steroid use. Sosa denies he used steroids, but Major League Baseball released a list of 104 players who tested positive for steroids in 2003 and Sosa’s name was on the list.

Judge’s achievement is historic. He broke a 61 year old record. However, in current American culture, Judge’s historic season is being treated as just another headline argues Jason Whitlock.

Whitlock begins his show saying, “This should be the biggest story in sports, but it’s not. And it’s an indication of how much we have destroyed America and destroyed American culture. Who the Jets play this weekend will be a bigger deal than what Aaron Judge did last night hitting home run 62.”

He then states, “And there are two culprits for ruining this moment: America and its instant gratification culture that we’ve established. That’s why Major League Baseball looked the other way when all of its players were abusing steroids. We wanted the instant gratification of all the home runs from Mark McGwire to Sammy Sosa to Barry Bonds. Because we wanted to fix baseball instantly. And so everybody looked the other way as guys ‘roided up and knocked home runs every which way.

RELATED: Jason Whitlock Takes Tom Brady To The Woodshed Says He Has “No Sacred Honor” For Having Antonio Brown In His Home And Win At All Costs Mentality

“Point number two on how we ruined the Aaron Judge story. This guy is biracial. He was given up for adoption and he was adopted by two white parents. This should be an amazing feel good story about second chances in America and how people rally around each other,” Whitlock argues. “And for babies, little kids given up for adoption not wanted by their parents.”

“Because everything in America now has some kind of negative racial connotation,” he points out. “There was a family in California, another family, white family, that took Colin Kaepernic in, raised him up, he becomes a Super Bowl contending quarterback. But we’ve so racialized things and turned everything so negative, Colin Kaepernick put out a Netflix movie taking a dump on the very people who saved him and breathed life into him. That’s where we are in America.”

“We can’t celebrate or appreciate the good things, the Christian things that go on here in America,” Whitlock claims. “Aaron Judge should be at the top of everybody’s conversation today, but he won’t be. Other than this we’ll have a small little conversation about it today on today’s show, but we’re gonna move on and talk football and talk all these others things because we’ve destroyed baseball. We’ve destroyed American culture. We can’t even feel good about things we should feel awesome about.”

“Aaron Judge is an underdog story of the ages, an example of America’s grace, mercy, and love for each other, love for humanity,” he relays. “But we can’t celebrate it. We can’t use Aaron Judge to further some narrative that America is some evil, racist place so we’re going to ignore it.”

“And we let a bunch of baseball players cheat their way to home run records and so it’s not as special as it should be,” Whitlock bemoans. “That’s on us. We did that. We can wag our fingers at the left, but we allowed the left to do this. We allowed Major League Baseball to look the other way. It’s on all of us.”

“We spoiled the Aaron Judge story. Should be one of the most incredible stories in sports; it’s not. We’ll spend more time talking about the Jets and whoever they play this weekend,” he concluded.

Judge’s story is definitely an underdog story, and it should be celebrated, but it’s also not over. Judge has eyes on a World Series.

“It’s an exciting time of the year,” he said. “This is what we’re looking forward to. Like I said in Toronto we were able to get that first step out of the way, clinching the division, now it’s time to guys to rest up. Hopefully, we can get some guys back from the IL and this is the fun part of the year. This is going to be a fun group of guys to go to battle with here down the stretch.”

There’s also plenty of time to reclaim and reinvigorate American culture. We just have to put in the hard work. We have to be willing to sacrifice, to face persecution, but most importantly we must build it on the foundation of Christ.

St. Paul wrote to the Corinthians, “According to the grace of God given to me, like a wise master builder I laid a foundation, and another is building upon it. But each one must be careful how he builds upon it, for no one can lay a foundation other than the one that is there, namely, Jesus Christ.”

What do you make of Whitlock’s analysis?

NEXT: New York Yankees Slugger Aaron Judge Explains How He Tries To Live His Life: “Always Trust The Man Above And What He’s Got In Store For Us”