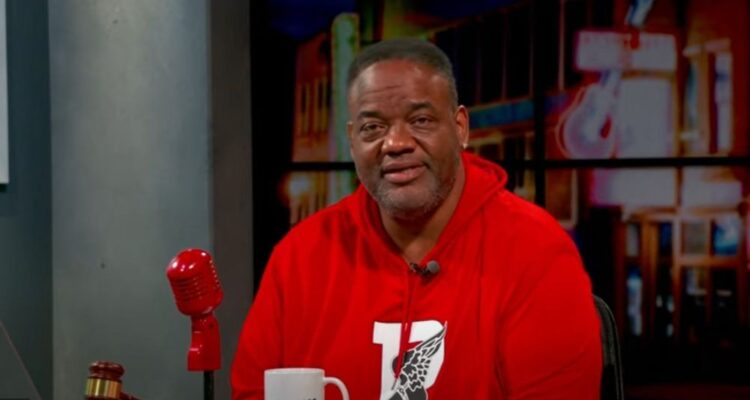 Staley made the decision to cancel their upcoming games against BYU after Duke Volleyball player Rachel Richardson accused spectators of being racist. She said, ““Friday night in our match against Brigham Young University my fellow African American teammates and I were targeted and racially heckled throughout the entirety of the match.”

In response to Richardson’s allegations, BYU banned a spectator from their sporting events.

However, a police report obtained by The Salt Lake Tribune put Richardson’s claim into doubt and called into question BYU’s hasty decision to ban the spectator. The report claims, “campus police say it doesn’t appear the man who was eventually banned was the person shouting the N-word.”

The report also indicated, “There was nothing seen on the game film that led me to believe [the man who was banned] was the person who was making comments to the player who complained about being called the N-word.”

Further BYU Police Lt. George Besndorfer told the outlet, “When we watched the video, we did not observe that behavior from him.”

Staley issued a statement explaining the reasoning, “As a head coach, my job is to do what’s best for my players and staff. The incident at BYU has led me to reevaluate our home-and-home, and I don’t feel that this is the right time for us to engage in this series.”

Staley elaborated on her decision during an appearance at the Cook Out Southern 500 at Darlington Raceway where she was the pace car driver.

She said, “It wasn’t a knee jerk reaction obviously because I don’t knee jerk anything. I vetted it. I talked to various people that was a part of the situation. And I just felt like — I slept on it a few nights and I just woke up with the same just gut feeling that I should not put our players in that situation.”

“I did not discuss it with our players,” she continued. “I did tell them Friday that it’s going to be happening and they nodded in affirmation.”

Staley went on, “I didn’t do it to condemn BYU. I did not do that. This was a selfish decision. I was only thinking about South Carolina Women’s Basketball. And I wanted to handle it on my own, which is not hopefully involve anybody else that have to deal with it, meaning our administrators.”

“So I’d rather just not put ourselves in that situation,” she concluded.

Whitlock called out Staley for what he believes is a virtue signal as part of his Firestarter section of his show Fearless with Jason Whitlock.

He rejects the idea that Staley didn’t make a knee jerk decision especially since the current evidence indicates Richardson and her teammates were not racially targeted, “Dawn Staley just flipped out because she’s an emotional wreck and because she’s privileged and pampered.”

Later he posited why he believes Staley really cancelled the games, added, “The truth is Staley cancelled South Carolina’s series with BYU to embarrass the Mormon institution and elevate her own profile. It was not a well thought out decision. It was emotional and manipulative.”

He then encouraged Staley to cancel their games against Memphis, “Staley should do the same to Memphis. There’s actual proof that the city of Memphis is actually unsafe for young black people and people in general. The city’s murder rate rivals Chicago’s and St. Louis’. Last year the mid-size city recorded 346 murders.”

“For the first time in three decades on December 3rd, South Carolina will play Memphis. It’s a home and home series. Next year the Gamecocks will travel to, you guessed it, Memphis. Where will Staley’s Gameocks face more danger Provo, Utah or Memphis, Tennessee? Based on the stats and reputation stating the Gamecocks should bring extra security to Memphis. There’s plenty of evidence that Memphis is quite dangerous for all people, but particularly black people,” Whitlock argues.

Whitlock then bluntly asserts, “Staley is a hypocrite. Her hypocrisy is supported by corporate media. In 2018 the Missouri Tigers played at South Carolina. There was an on court fight that appeared to be instigated by Staley’s players. Sierra Michaelis, a former Mizzou basketball player attended the game. She tweeted that South Carolina fans spit on Missouri players after the game.

He then quoted from Sterk’s appearance on KTGR Big Show, “We had players spit on and called the N word and things like that, I mean it was not a good environment and unfortunately I think Coach Staley promoted that kind of atmosphere. And it’s unfortunate that she felt she had to do that.”

He then shared a clip of Staley dismissing the accusations. She said at the time, “The accusations are serious and false and they will be handled in a manner reflective of those facts. And that’s all I’m going to say about it.”

Whitlock responded, “So that was that. That was the end of it. No one refused to play South Carolina. Stephen A. Smith never discussed the alleged racism bubbling within Staley’s program and fanbase. No one that I’m aware of has called out Staley for this blatant hypocrisy. When her fanbase was accused of being out of control, she claimed her fans are the greatest in the world. ”

Whitlock then read a statement from Staley, “Our fans are great. They’re loyal, they’re passionate, they understand basketball, they understand how to act in the stands, I stand by our fans. I stand by what they represent, I stand by how they cheer, I stand by every single thing they bring to the building, because it’s appropriate and well within the rules of the game.”

Whitlock concluded his Firestarter stating, “That’s black elite privilege. Staley gets to defend her fanbase. The BYU Athletics Director Tom Holmoe apologized before anyone even had a chance to investigate the legitimacy of Rachel Richardson’s claims.”

“This is idolatry. Based on skin color, Staley and her fans are above sin and BYU is covered in sin. Provo, Utah is a place too dangerous for black women’s basketball players. Meanwhile, Memphis is heaven on earth. Dawn Staley is committed to cleaning up Utah and ignoring Memphis. One percent of Utah is black. 64% of Memphis is black. Dawn Staley cares about Dawn Staley. She uses race to benefit her bank account. That’s my fire,” he finished.

What do you make of Whitlock’s commentary?