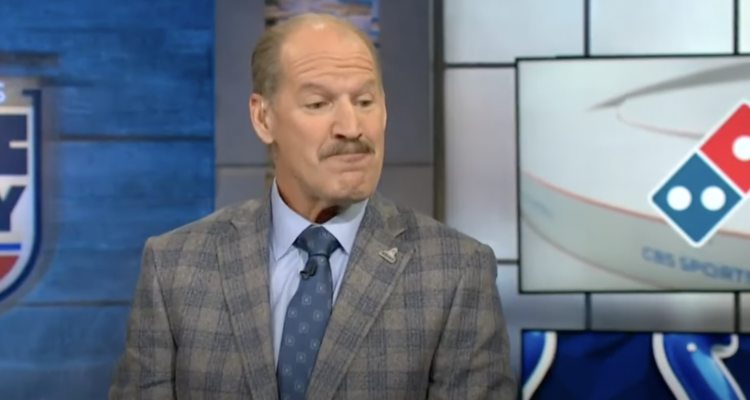 Hall of Fame coach Bill Cowher isn’t holding back his thoughts on the controversial hiring last week of new head coach for the Indianapolis Colts, Jeff Saturday, going as far as to call the decision by Colts’ owner Jim Irsay a “disgrace.”

During the CBS pregame show on Sunday night, analyst Bill Cowher, who had played and even coached for the Pittsburg Steelers from 1992 to 2007, laid out his criticism of the hire as the show was close to wrapping up.

“I am speaking on behalf of the coaching profession,” said Cowher. “I know for a fact that Jeff Saturday was offered an opportunity to become an assistant coach with the Indianapolis Colts multiple times within the past four years.

Bill Cowher on the #Colts hiring of Jeff Saturday: "It's a disgrace to the coaching profession." – via CBS pic.twitter.com/0BEy7DfLvg

RELATED: Pat McAfee Roasts Critics Of Jeff Saturday After He Leads Colts To Win Over Raiders

“He declined, citing he had a TV job and wanted to spend more time with family. I get it. Coaching is about commitment and sacrifice. It’s not just a job, it is a lifestyle. That being said, Jeff Saturday has taken the position this year as a consultant for the Colts, and he’s talked to them weekly from his home in Atlanta. Now to find out in a short period of time that he’s the head coach of the Indianapolis Colts and overseeing a staff he chose not to choose because of a lifestyle, Jeff Saturday talked about in a press conference the fact that he’s going to use this as a chance to build his resume and to see if he can coach in the future,” Cowher said frustratedly.

“I say to that,” Cowher continued, “what about the assistants on the staff right now? The guys that were there in training camp and there early in the mornings and late at night? Don’t they deserve the opportunity? For an owner to hire a coach who has never been an assistant at the college or pro level and overseeing a lot of qualified candidates to build a resume, it’s a disgrace to the coaching profession.”

“In regards to how this played out, what happened in Indianapolis is a travesty,” Cowher concluded.

Despite Cowher’s comments, Saturday led the Colts to a victory over the Las Vegas Raiders on Sunday. With the win the Colts are currently second in the AFC South behind the Tennessee Titans. They are 4-5-1. Jeff Saturday is 1-0. The team plays the Philadelphia Eagles next on November 20th at 1:00 PM ET.

What are your thoughts on Saturday’s hiring? Do you agree or disagree with Cowher’s criticism? Let us know in the comments below.

NEXT: Skip Bayless Admits He’s A Slave To His Career, Says His Wife Is Secondary To His Job