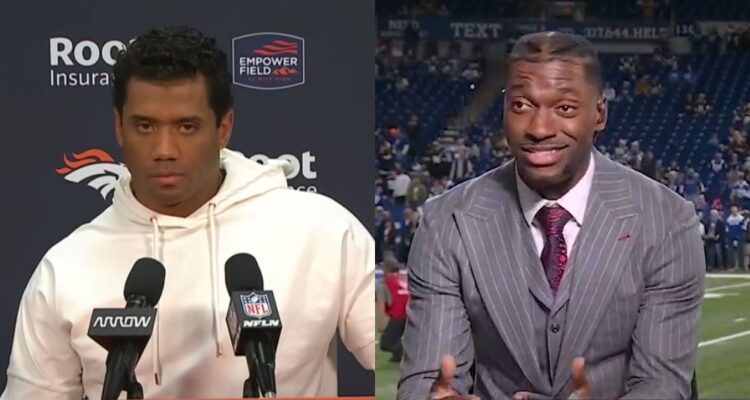 Former Washington Redskins quarterback and current analyst for ESPN Robert Griffin III had some blunt criticism for Russell Wilson and a dose of reality for Broncos fans.

Griffin then lampooned Wilson saying, “I think they need to go back and watch all 10 years of films of Russell Wilson in Seattle and figure out what concepts does he run well. His fundamentals don’t look right. His feet don’t look in rhythm when he’s in the pocket. He doesn’t look comfortable with the offense that they are running.”

He then turned his attention to Broncos head coach Nathanial Hackett saying, “I think it’s the job of the coach to go back and say, ‘What does Russell Wilson do great?’ not ‘What does my system do great in?’

“And then they’ll be able to find a solution to help Russell Wilson because at the end of the day he’s going to be quarterback, guys. They paid him,” he concluded.

Wilson completed 19 of 35 throws for only 142 yards and one touchdown in the loss to the Panthers. He was sacked three times and had one fumble lost.

So far for the year he’s completed 198 passes on 336 attempts for 2369 total yards. He’s only thrown 8 touchdowns and has 5 interceptions. He has only thrown for multiple touchdowns once this year in a game against the Raiders that they eventually lost 23-32. There’s been three games where he has not thrown a touchdown

In his last year with the Seahawks he played 14 games and completed 259 passes out of 400 attempts for 3113 yards. He had 25 touchdowns and 6 interceptions.

His best year with the Seawhawks was in 2020 where he completed 384 passes out of 558 attempts for 4212 yards. He also threw 40 touchdowns albeit he had a career high of 13 interceptions as well.

The Broncos play a tough Baltimore Ravens opponent this upcoming weekend. The Ravens will be looking to feast on the struggling Broncos following a frustrating loss to the Jacksonville Jaguars this past weekend.

What do you make of Griffin’s analysis regarding the Denver Broncos and Russell Wilson?

NEXT: Subway Responds To Reports That They Pulled Russell Wilson’s “Dangerwich” After Getting Roasted Online