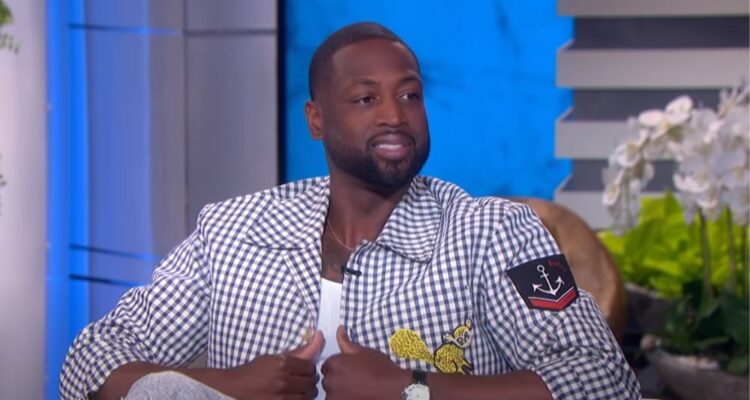 Retired NBA star Dwyane Wade filed legal documents to change the name of his son from Zion to Zaya in order to confirm with the son now claiming to be a female.

Wade’s ex-wife Siohvaughn Funches, who is the mother of Zion, was notified of the decision with The Blast quoting the documents, “Pursuant to the terms of the Final Custody Judgment, (Wade) has full authority to make decisions on behalf of the petitioning minor, and he is not required to receive consent from Ms. Funches-Wade. As a courtesy, Ms. Funches-Wade has received notice of this petition.”

RELATED: Dwyane Wade Claims Hatred Of Miami Heat’s Big Three Is Because They Were “Black Men”

Wade claimed his son believed he was a girl when he was 12-years-old during an appearance on The Ellen Show.

He told Ellen, “First of all, me and my wife, Gabrielle Union, we are proud parents of a child in the LGBTQ+ community. And we’re proud allies as well. We take our roles and responsibilities as parents very seriously.”

He then detailed, “So once Zaya, our 12-year-old came home — first Zion — I don’t know if everyone knows — originally named Zion, Zion born as a boy, came home and said, ‘Hey, so I want to talk to you guys. I think going forward. I’m ready to live my truth, And I want to be references as she and her. I would love for you guys to call me Zaya.'”

“And so internally, now it’s our job to, one, go out and get information, to reach out to every relationship that we have. My wife reached out to everybody on the cast of Pose. We just trying to figure out as much information we can to make sure that we give our child the best opportunity to be herself,” Wade said.

Wade also wrote in a now deleted Instagram Post, “Everyone allow her to re-introduce herself, her name is Zaya Wade! Last night was Zaya’s first red carpet and we couldn’t have been prouder of how she handled the questions that were asked of her.”

“She has emerged as one of the young faces and voices for the LGBTQ+ community,” he added.

What Wade and Union are doing with their son is directly opposed with the truth as Bishop Michael Burbidge of the Catholic Diocese of Arlington explains in A Catechesis on the Human Person and Gender Ideology, “We know from biology that a person’s sex is genetically determined at conception and present in every cell of the body. Because the body tells us about ourselves, our biological sex does in fact indicate our inalienable identity as male or female. Thus, so-called “transitioning” might change a person’s appearance and physical traits (hormones, breasts, genitalia, etc.) but does not in fact change the truth of the person’s identity as male or female, a truth reflected in every cell of the body. Indeed, no amount of “masculinizing” or “feminizing” hormones or surgery can make a man into a woman, or a woman into a man.”

In a section of the letter specifically directed towards parents Bishop Burbidge advises, “In the case of gender dysphoria, this means recognizing that happiness and peace will not be found in rejecting the truth of the human person and the human body.”

“Thus parents must resist simplistic solutions presented by advocates of gender ideology and strive to discover and address the real reasons for their children’s pain and unhappiness,” he advises. “They should seek out trustworthy clinicians for sound counsel.”

He also declares, “Under no circumstances should parents seek “gender-affirming” therapy for their children, as it is fundamentally incompatible with the truth of the human person. They should not seek, encourage, or approve any counseling or medical procedures that would confirm mistaken understandings of human sexuality and identity, or lead to (often irreversible) bodily mutilation.

His Excellency makes clear, “Trusting God, parents need to be confident that a child’s ultimate happiness lies in accepting the body as God’s gift and discovering his or her true identity as a son or daughter of God.”

What do you make of Dwyane Wade trying to legally change his son’s name in order to “conform to gender identity?”