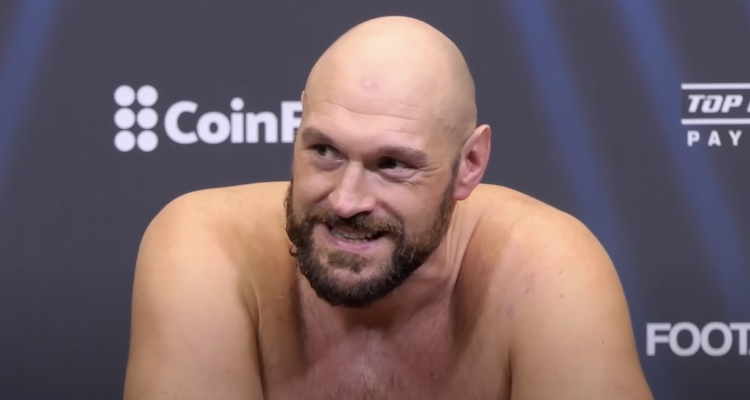 Tyson Fury Demands Harsher Punishments For Knife Crime In UK After Family Member Is Stabbed To Death: “This Needs To Stop”

Two-time world heavyweight champion Tyson Fury made an emotional plea online this weekend for the UK government to increase punishments against knife crime after learning that his cousin had been stabbed to death.

“My cousin was murdered last night,” Fury stated in a post to his official Instagram account. “Stabbed in the neck, this is becoming ridiculous idiots carry knives.”

“This needs to stop asap, UK government needs to bring higher sentencing for knife crime, it’s a pandemic & you don’t know how bad it is until it’s 1 of your own!” Fury continued. “Life is very precious & it can be taken away very quick enjoy every moment. RIP RICO BURTON may the lord god grant you a good place in heaven. See you soon #onlycowardscarryweapons”

RELATED: Mike Tyson Goes After Hulu Over Unauthorized Series About His Life: “To Hulu Executives I’m Just A N****r You Can Sell On The Auction Block”

Fury also shared the Instagram post to Twitter and wrote, “My cousin was murdered last night. Stabbed in the neck, this is becoming ridiculous idiots carry knives. THIS NEEDS TO STOP. RIP RICO BURTON.”

31-year-old Burton was one of two individuals who were stabbed during a bar fight Sunday morning. Burton died from his injuries shortly after arriving to the hospital while another unnamed man, 21-years-old, was arrested. The second individual who was stabbed was a 17-year-old who is currently in the hospital recovering from serious injuries.

The Greater Manchester Police are calling on the public and any witnesses to step up during this time if they have any information regarding the incident.

The UK has some of the harshest laws and restrictions regarding firearms and knives in the world, and new laws and punishments seem to be added regularly. Emergency legislation passed in 2018 banned the online purchases of knives sent to residential addresses, and criminalized the purchase of any knife with a blade longer than 3 inches carried in public places.

The Metropolitan Police also notes that possessing a knife can lead to a sentence of four years in jail. They also state “in the worst case scenario, you could get life imprisonment for murder.”

However, The Guardian reported in 2018 that “the average custodial sentence handed down has risen by 2.2 months over the past decade to 7.5 months in 2017, with conviction for a knife or weapon offence now more likely to result in some form of custodial sentence.”

In 2020, the UK government launched a “nationwide crackdown on knife crime” after soaring rates of stabbings in London and throughout the nation continued. However, the crackdown showed little impact over time, especially as law enforcement shifted its focus to the enforcement of Covid-19 mandates.

According to a government study, crimes committed with knives rose up to 10% just within the past year in England and Wales. 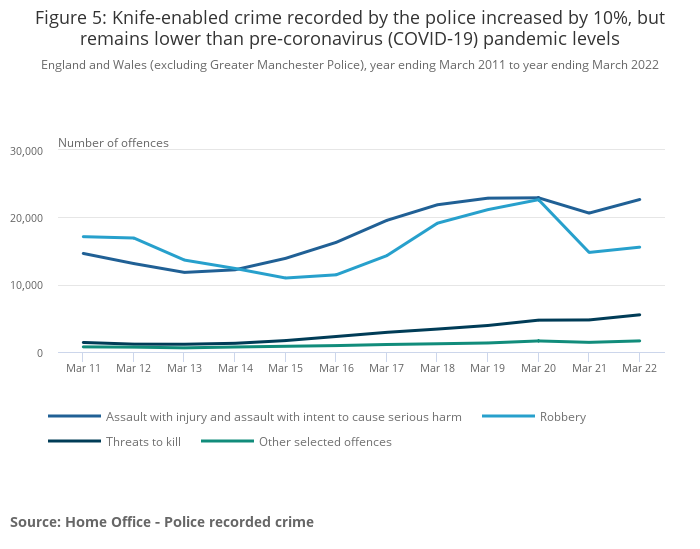 Do you believe additional laws and punishments regarding knife related crimes will have an actual impact?

NEXT: Tyson Fury Calls Out Derek Chisora: “You’re Running From The Trilogy”