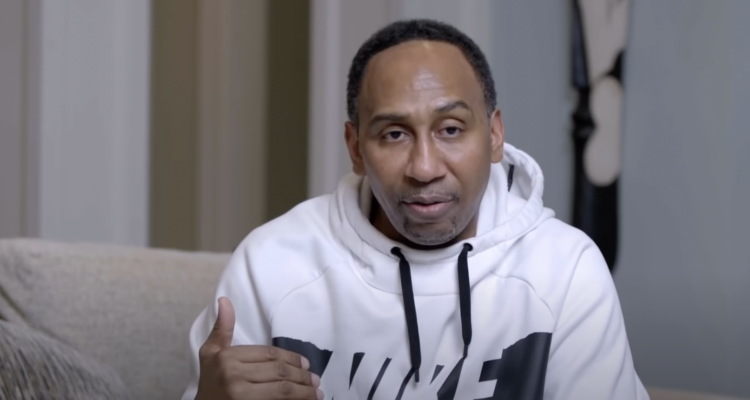 ESPN host Stephen A. Smith went on a tirade last Friday attempting to claim that he is “underpaid” compared to his white colleagues simply due to his race.

The rant came about during a discussion regarding the fact there were no U.S.-born black players competing in the World Series this year, a first for baseball since 1950. While there are no accusations or claims of racism being a factor since the occurrence was entirely coincidental for this World Series, Smith, as usual, decided to take it in that direction anyway.

ESPN’s Stephen A. Smith says he is underpaid because he’s black

He makes $8 million a year pic.twitter.com/wffqohrmr5

“And so when you look at it from that perspective, and of course, people look at me, I’m not talking about me even though, I got news for you, I am underpaid compared to some people on television and what they get paid, but that’s a subject for another day,” Smith continued.

“I ain’t apologizing for that to a damn soul. I am underpaid. Having said all of that, it ain’t about me.”

RELATED: Stephen A. Smith Suggests The Dallas Cowboys Pick Up Colin Kaepernick Despite His Preseason Workout With The Raiders Described As A “Disaster”

Smith’s claim that he is “underpaid” compared to “some people” is odd however, since he is one of America’s top ten highest paid sports analysts sitting at number seven as of this year.

Do you agree with Smith’s comments about people in the United State’s intentionally being “underpaid” due to their race? Let us know in the comments below.