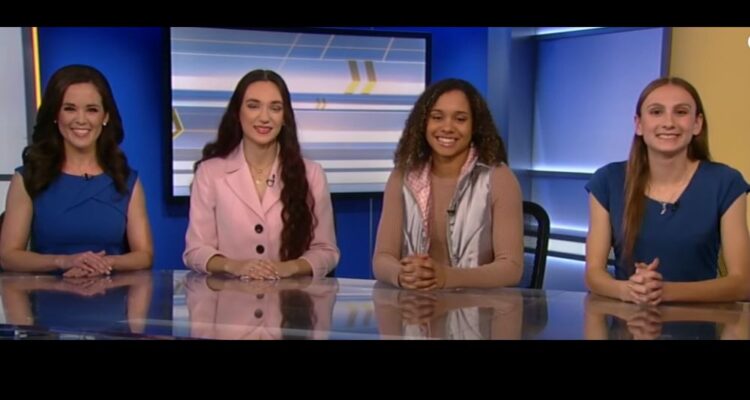 Four female track athletes from the state of Connecticut are suing the state over its transgender policy.

Selina Soule, Alanna Smith, and a third complainant originally sued the state back in 2019 arguing that their “opportunities for participation, recruitment, and scholarships—are now being directly and negatively impacted by a new a policy that is permitting boys who are male in every biological and physiological respect—including unaltered male hormone levels and musculature—to compete in girls’ athletic competitions.”

The suit specifically took issue with the Connecticut Interscholastic Athletic Conference (CIAC) transgender policy that they assert is “regularly resulting in boys displacing girls in competitive track events in Connecticut—excluding specific and identifiable girls including Complainants from honors, opportunities to compete at higher levels, and public recognition critical to college recruiting and scholarship opportunities that should go to those girls.”

The suit specifically requested ” that the Office of Civil Rights investigate the violations of Title IX described in this Complaint. For all the reasons detailed above, Complainants believe that the OCR should find that the CIAC and its member schools are denying girls equal opportunities for participation and success in athletic activities, in violation of Title IX, as a result of the CIAC Policy and its member schools’ enforcement or toleration of that Policy.”

It also wants the policy to be revised “to exclude individuals who are in all physiological and hormonal respects males from participating in girls’ or women’s athletic competitions.”

Further the suit demands, “An order requiring CIAC to issue revised records of all girls’ athletic competitions from 2017 to the present in which any biological male participated who would have been disqualified by application of (a) above, removing such individuals from any list of winners or qualifiers for participation in any further competition.”

It also wants the CIAC to provide the proper credit to the girl who was displaced by a boy. Finally, it wants “a declaration that Title IX neither permits nor requires CIAC’s Policy that allows biological males to compete in high school women’s athletic events.”

The lawsuit was initially dismissed by Judge Robert N. Chatigny ruling, “I conclude the request to enjoin enforcement of the CIAC policy has become moot due to the graduation of Yearwood and Miller, whose participation in girls’ track provided the impetus for this action.”

Yearwoord and Miller are two boys, who claim to be girls and were participating in track and field events, but graduated while the lawsuit progressed through the courts.

Not only did Judge Chatigny dismiss the charges, but he also ruled the defendants were not liable for money damages because “courts across the country have consistently held that Title IX requires schools to treat transgender students consistent with their gender identity. … Every Court of Appeals to consider the issue has so held. … This unbroken line of authority reinforces the conclusion that the plaintiffs’ claims for money damages are barred.”

Despite Judge Chatigny’s dismissal, the case has been appealed with the lawyers asserting that Judge Chatigny “displayed unfair bias that would lead an objective observer to question his impartiality.”

The appeal argues, “To the district judge, this case was about gender identity and not, as Plaintiffs claimed, biology. The court essentially dismissed Plaintiffs’ characterization of the case and substituted his own.”

The appeal further declares, “The district judge went further. Not only did he recharacterize the case but he castigated Plaintiffs’ theory as ‘bullying’ and contrary to ‘human decency.’ Again weighing in on the ultimate issue to be decided by a jury, the district judge described his own theory as ‘more accurate’ and ‘consistent with science’ than Plaintiffs’—even though science plays a central role in Plaintiffs’ case.”

The appeal also asserts Judge Chatigny acted “on his own authority and without hearing any argument on the matter, mandated that Plaintiffs’ counsel “refer to the [transgender athletes
not] as ‘males’” but rather as ‘transgender females.’ Even after Plaintiffs’ counsel submitted that the court’s order would conflict with his duty to vigorously represent Plaintiffs’ position, the court dismissed the concern as “unfortunate” and suggested that Plaintiffs take the issue to ‘the Court of Appeals.’”

Speaking to Fox & Friends First about the case, Selina Soule said, “Women’s sports in Connecticut are being robbed. I was forced to compete against biological males throughout all four years of high school. I was beaten out by them many times. I raced against them over a dozen times. I lost out on qualifying spots for other meets, better placement, and possibly even scholarship opportunities.”

“And it was a very frustrating and heart breaking thing to have to go through. And I just want to ensure that no other little girl has to experience the pain and heart break that I went through in high school,” she concluded.

Soule’s lawyer Christiana Kiefer, senior counsel for Alliance Defending Freedom, also addressed the appeal and Judge Chatigny’s dismissal, “What we are asking the appellate court to do is to allow our case to move forward because there are records that need to be corrected. Multiple times our clients were the fastest girl in a race and they were not rightly acknowledged as such, and those records need to be fixed.”

“And that’s one of the reasons that we’ve asked the Court to allow us to return and make our full case under Title IX. Because girls like Selina deserve to compete on a level playing field,” Kiefer added.

Soule also added, “We need to make sure state legislators as well as the CIAC take initiative to protect women’s sports and ensure that every little girl in Connecticut, including your daughters, will have their fair opportunity to not only participate, but win in the sports the love.”

What do you make of their lawsuit?