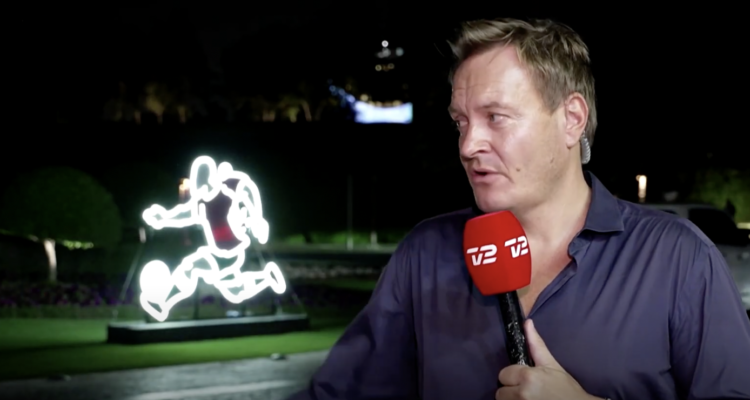 Rasmus Tantholdt, a Danish television reporter in Qatar covering the FIFA World Cup alleges he was threatened by Qatari authorities during a live broadcast on Tuesday. During the altercation, Tantholdt claims authorities threatened to smash his crew’s equipment and cameras.

A group of men rode up to Tantholdt while he was broadcasting and claimed to be some form of law enforcement. From there, they began to tell the reporter he was unauthorized to be filming, despite Tantholdt showing passes and documents supporting his right to be filming in that location.

“You invited the whole world to come here, why can’t we film? It’s a public place,” Tantholdt told the men harassing him and his crew.

He then appeared to show documents allowing him to film. While showing them the documents he says, “We can film with this permit. This is an upgrade pass and this is the accreditation. We can film anywhere we want.”

When the men appear to offer a different explanation saying, “But only for the Qatar. Qatari have rules,” Tantholdt responds, “No, no, no. We don’t need permission.”

After the incident, several agencies within the Qatari government issued apologies to Tantholdt and his network. The Supreme Committee for Delivery & Legacy stated that the Danish journalists “were mistakenly interrupted” and that “upon inspection of the crew’s valid tournament accreditation and filming permit, an apology was made to the broadcaster by on-site security before the crew resumed their activity.”

This situation has sparked a renewed conversation regarding the controversial and questionable human rights record by the theocratic, Muslim ruled government of Qatar only days before the official start of the World Cup.

The event organizers stated they spoke to Tantholdt later after the incident and also issued a “advisory to all entities to respect the filming permits in place for the tournament.”

What is your take on the situation? Do you believe it was the right call to host the FIFA World Cup in Qatar? Let us know in the comments below.